I remember when I was preparing to take my first trip to Sudan in 2004. . . . A couple months before we left, I received a Christian news publication in the mail. . . . On the left one headline read, “First Baptist Church Celebrates New $23 Million Building.” A lengthy article followed, celebrating the church’s expensive new sanctuary. The exquisite marble, intricate design, and beautiful stained glass were all described in vivid detail.

On the right was a much smaller article. The headline for it read, “Baptist Relief Helps Sudanese Refugees.” Knowing I was about to go to Sudan, my attention was drawn. The article described how 350,000 refugees in western Sudan were dying of malnutrition and might not live to the end of the year. It briefly explained their plight and sufferings. The last sentence said that Baptists had sent money to help relieve the suffering of the Sudanese. I was excited until I got to the amount. . . . “Baptists have raised $5,000 to send to refugees in western Sudan.”

Where have we gone wrong? How did we get to the place where this is actually tolerable? 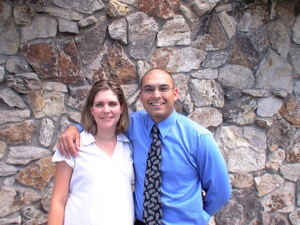 We are pleased to continue the Saturday Sermon Series again. This is the sixteenth in a series of twenty messages from John 17. It was sovereignly delivered by Akash Sant Singh, who is one of the elders at Community Bible Church in Reno, Nevada. May it bring conviction to each of us as we realize our deep lack of prayer, which should be elemental to our Christian faith. Sadly, our prayer lives tend to reveal more about our self-sufficiency than of our utter dependency on the Saviour of our souls.