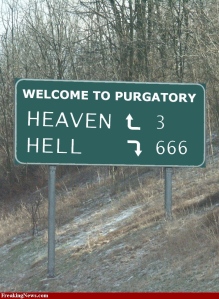 In recent years Mormonism has been trying very hard to appear as if they are Christians (a far cry from historic Mormonism who openly opposed biblical Christianity), and due to Mormonism’s great PR, many folks have bought this lie, believing that Mormonism is just another branch or denomination of Christianity (a recent example can be seen here).

But anyone who takes the time to study what Mormonism actually teaches and believes (and who knows the biblical doctrines of the Christian faith) is well aware that nothing could be farther from the truth. Christianity and Mormonism are not compatible. Mormonism preaches another gospel with another Christ; neither of which can save.

There are many examples that can be cited of the great chasm of theology between biblical Christianity and Mormonism, but today I wanted to bring your attention to Mormonism’s version of the unforgivable sin, the concept of Mormon purgatory, and Mormonism’s doctrine of Blood Atonement.

Simply put, the LDS doctrine of Blood Atonement teaches that some sins a man commits cannot be cleansed by the shed blood of Christ and that man has to shed his own blood (die) in order to atone for that sin (as if man’s own blood is of greater value and is more efficacious in washing away sin than that of the Son of God). 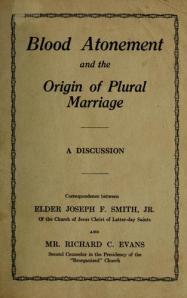 Roman Catholicism is credited with creating the  fictional place between Heaven and Hell called purgatory which they claim is where sinners burn off (atone for) their sins. In reality it was just a way to make more money for Rome. Mormonism, on the other hand, did not invent a new place of torment or suffering, they just employ Hell itself as the place where some sinners pay for their sins.

Where Mormonism’s Blood Atonement leaves off with the sinner paying for his sin on earth, Mormon purgatory picks up in the afterlife.

The following excerpts come from Spencer W. Kimball (the twelfth president, prophet, seer, and revelator of the Mormon church) from chapter nine of his book The Miracle of Forgiveness. After seeing what Mormonism teaches about forgiveness, you’ll wonder what’s so miraculous about it.

The murderer denies himself salvation in the celestial kingdom, and in this sense he cannot be forgiven for his crime.

So there’s no forgiveness for murderers? Try to find that in Scripture.

Another scriptural character responsible for murder-and this in conjunction with adultery-was the great King David. For his dreadful crime, all his life afterward he sought forgiveness. Some of the Psalms portray the anguish of his soul, yet David is still paying for his sin.

The Prophet Joseph Smith underlined the seriousness of the sin of murder for David as for all men, and the fact that there is no forgiveness for it. “A murderer, for instance, one that sheds innocent blood, cannot have forgiveness. David sought repentance at the hand of God carefully with tears, for the murder of Uriah; but he could only get it through hell: he got a promise that his soul should not be left in hell.”

Wow! According to Mormonism David is still paying for His sin and he’s in Hell clinging to the promise that eventually he’ll get out because God won’t leave him there forever?

Man’s mortal life is given him in which to repent and prepare himself for eternity, and should one of his fellowmen terminate his life and thus limit his progress by making his repentance impossible, it would be a ghastly deed, a tremendous responsibility for which the murderer might not be able to atone in his lifetime.

Since when does man atone for any of his own sins? Atonement for sin is what Christ–the spotless Lamb of God–came to earth to accomplish. If man could do it then there would be no need for a Savior.

Even unpardonable sins should be repented of. The murderer does not have eternal life abiding in him, but a merciful God will grant to every soul adequate rewards for every good deed he does. God is just. He will compensate for every effort to do good, to repent, to overcome sin. Even the murderer is justified in repenting and mending his ways and building up a credit balance in his favor.

Man does not build up his own credit balance. He is incapable of doing such a feat. This is why Christ died, in order to remove our sin and credit His righteousness to us (2 Corinthians 5:21). 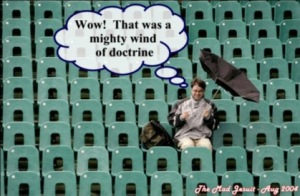 As if this wasn’t enough to send you running, on this same page (131) Kimball quoted Joseph Smith when he said that murderers “could not be baptized for the remission of sins, for they had shed innocent blood.” Then Kimball quoted Doctrines & Covenants 42:18 when he said “Thou shalt not kill; and he that kills shall not have forgiveness in this world, nor in the world to come.“

So, according to Mormon theology, not only would King David have to suffer in Hell to atone for his sin of murder, but so would the likes of Moses and the Apostle Paul (and they still would not receive forgiveness). Apparently the Apostle Paul was unaware of this minor detail because he was under the (inspired) assumption that “to be absent from the body is to be with the Lord” (2 Corinthians 5:8)
and “to live is Christ and to die is gain”  (Philippians 1:21).

And lest you think you’re safe because you’ve never murdered anyone, remember that Jesus equated being angry with your brother to that of murder; both being in danger of the judgment (Matthew 5:21-22).

The Mormon teaching that some sinners are outside the realm of Christ’s atonement and God’s forgiveness is not only completely foreign to the Bible but the Mormon doctrine of Blood Atonement and the idea that murderers cannot be forgiven but must seek repentance while in Hell is utterly blasphemous, for it ascribes to the sinner’s suffering and shed blood a purity and cleansing power that Christ’s suffering and shed blood was supposedly insufficient to provide.

There is only one transgression that the Bible clearly expresses that will not be forgiven, and it is the blasphemy of the Holy Spirit. Matthew 12:31-32 says:

Notice the Bible says that “all manner of sin” will be forgiven except “blasphemy against the Holy Ghost.” Mormonism has once again taken the liberty to add to and alter God’s perspicuous Word.

No sinner is ever justified before God or has their sins cleansed because they died or suffered for their own transgressions. Only sinners who have put their faith in Christ have had their sins removed by Him (Acts 10:43, Romans 5:2, 1 John 3:5), and they are saved from the wrath of God by the precious shed blood of Christ (Romans 5:9, 1 Peter 1;18-19) not by man’s shed blood nor by man suffering in purgatory or Hell.

If we confess our sins, He is faithful and righteous to forgive us our sins and to cleanse us from all unrighteousness. 1 John 1:9

You can read Kimball’s The Miracle of Forgiveness online here.

Let us strive to know more and more, every year we live, our need of a mediator between ourselves and God. Let us seek more and more to realize that without a mediator our thoughts of God can never be comfortable, and the more clearly we see God the more uncomfortable we must feel. Above all, let us be thankful that we have in Jesus the very Mediator whose help our souls require, and that through Him we may draw near to God with boldness, and cast fear away. Out of Christ, God is a consuming fire. In Christ, He is a reconciled Father. Without Christ, the strictest moralist may well tremble, as he looks forward to his end. Through Christ, the chief of sinners may approach God with confidence, and feel perfect peace. 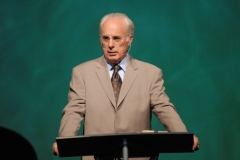 Your sermon of the week is The Rise and Fall of the World by John MacArthur from his study in the book of Daniel.

The Rise and Fall of the World (Part 1)

The Rise and Fall of the World (Part 2)

The Rise and Fall of the World (Part 3)