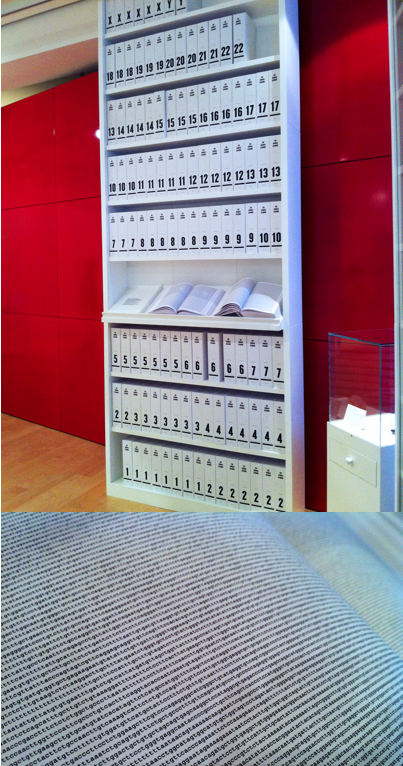 This is the human genome in book form. If you were to print all of your DNA in only one cell of your body, it would fill all of these books in this bookcase. It’s estimated that the human body has 50 to 75 trillion of these bookcases.

It is not uncommon to hear about a pastor (i.e. hireling) lying about one thing or another: Lying about personally seeing the dead raised (usually in some foreign country where verification is not possible), lying about their “relationship” with their secretary, lying about the church finances, or lying about what the Bible says on a particular subject (just to name a few). But every now and then you read about a pastor’s lie that just makes no sense.

In the wake of the dramatic Navy SEAL raid on Osama bin Laden’s compound earlier this month, it was perhaps to be expected that some expansive soul would step forward to claim the prestige of a fabricated tour as a SEAL for himself. Such tall tales are not uncommon, after all, amid high-profile military actions.

This time the exposed fabricator was a preacher–though at least one person who monitors this brand of public lie notes that members of the clergy are often tempted into such misrepresentations. More curious still, the prevaricator in question seems to have lifted at least some details of his account from the 1992 Steven Seagal SEAL-themed blockbuster, “Under Siege.”

Since when does preaching Christ and Him crucified fail to be enough to get you out of bed in the morning?

Perhaps Mr. Moats will do well to meditate on John’s statement “He must increase, but I must decrease”(John 3:30).

You can read the entire article on Jim Moats here.

Here’s the product description of this Bible designed to dumb down and trivialize God’s Word for kids.

I wonder how kids ever learned the Bible for the past two thousand years before the Berenstain Bears came along.

And after your little ones grow up (in age, not in godly maturity) you can ween them off Bible stories told by silly bears as you introduce them to r father n hvn: up 2 d8 txts frm d bible. 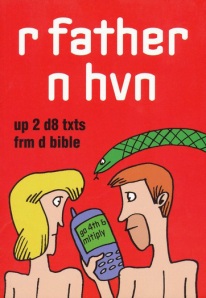 “T8st & C dat d Lord is good! Psalm 34:8.” Message your friends with these cryptic biblical texts. Includes a dictionary of abbreviations and symbols; brief summaries of books of the Bible; insights into the Ten Commandments and the Beatitudes; and more. 144 pages, softcover from Westminster John Knox.

And here is how the publisher describes the book:

Ride the next wave of electronic communication! This book is a collection of “up 2 d8 txts frm d bible,” guaranteed to get you and your text-messaging friends laughing as well as reflecting on “d word” as never before Included are text messages sent from around the world to the ship-of-fools.com website and complemented throughout by Simon Jenkins’ witty cartoons.

Do you still ponder what’s wrong with the church in the West?