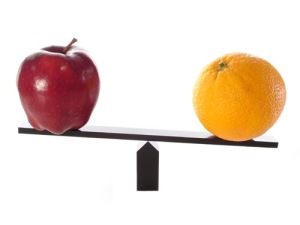 A former Mormon–one who came to a saving knowledge of the true, biblical Christ–penned the following piece found at Mormon Coffee:

This is the Christ of Mormonism:

1. He lives as a humanoid god on a star near Kolob along with his father god, bound by the physical world; he does not transcend the material.
2. He is the brother of satan.
3. He had to earn his own salvation while he was on earth.
4. He offers his “grace” only to those who work hard enough.
5. He is not from everlasting to everlasting, but was created a finite time ago by his father god, who in turn was also created by his own father god, who in turn was created by his own father god, so on and so forth
6. He is not the greatest being possible.
7. He is finite.
8. His blood is not powerful enough to wipe away any sin.
9. He aided his father in creating earth by organizing already existing matter; he is not capable of creating things out of nothing.
10. He must submit to a moral law that existed before he did.
11. You can one day become just like him.

This is the Christ of the Bible:

1. He is a spirit being that transcends space and time.
2. He is the brother of no creature; He is God, from everlasting to everlasting. No one can claim kinship with Him except those He purchased for Himself on the cross. And He is not the same type of creature they are. He is not a creature, He is God.
3. Jesus is the Author of Salvation; to say that He needed to earn His salvation is absurdity.
4. He offers His sovereign grace to whomever He sovereignly chooses; we are all tainted by sin and vile in His holy eyes. Therefore, no one is more worthy than any other human being. Thus, His grace that He offers is given unconditionally. His grace is true grace, a beautiful gift.
5. He is from everlasting to everlasting. He was never created, and Has been in relationship with the Father and the Holy Spirit forever.
6. He is the greatest being possible, the Most High God. There is no one like Him and there is no one who will ever be anything like Him.
7. He is infinite, both in essence and in His divine perfections.
8. His blood is powerful enough to wipe away any sin, regardless of heinousness and duration. The only sin that cannot be forgive is blasphemy against the Holy Ghost; and this is not because the blood of Christ is not powerful enough to wash it away, but because God has so sovereignly decreed that all persons who blaspheme the Holy Ghost should not receive forgiveness.
9. He created everything that exists out of nothing by the mere word of His mouth.
10. There is no external law that He submits to; He is the Author and the Source of the Law.
11. No one can ever come near to obtaining the glory and excellency of Christ.

For another article comparing the true Jesus of Scripture to that of the many counterfeit Christs of the false cults and religions, see Which Jesus Do You Worship?