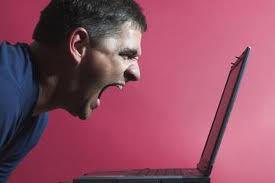 I have never been what you could call a “big fan” of Tim Challies but I’ve never been able to put my finger on exactly why . . . that was until now, when I was recently made aware of a review he wrote concerning the film Divided.

Inaccurate. Distorted. Inflammatory. These are some of the words that come to mind that describe Challies’ review of the film.

I wouldn’t necessarily expect a favorable endorsement of Divided by a man who sends his own kids to the Canadian government schools to be educated, but his full frontal assault of the film was a little over the top. To say that Challies has a beef with the family-integrated model of church worship is a grave understatement.

Youth ministry proponents may disagree with the concept of families worshipping together during church services, and they may be oblivious (willfully or otherwise) to the evidence (statistically, empirically, or experientially) of the destructive nature of youth ministry, but please, I implore you to be reasonable about your arguments and refrain from resorting to less than accurate, wildly imaginative fabrications designed to persuade others away from a practice that was the norm for the church for almost 2,000 years.

If you think I’m being a little too sensitive about Challies’ hit-piece of the film (a conduit to advance his dislike of Family Integrated Churches), don’t miss the fact that even some of Challies’ own readers have disagreed with his scathing assessment of the film. On the comment thread for Challies’ review of Divided, a commenter named Matt said:

Wow. Tim, I will have to say, this review is uncharacteristically harsh, and even mean. The tone that you are stirring up here is not in any sense the tone that the movie has.

I’m flatly shocked and disappointed in such a brutal and uncharitable word from a brother that we’ve all known to have a real eloquence and gentleness even toward those with whom he differs.I really want to say this plainly. After having watched the film, your review could not be less accurate or more one-sided. I am so sad that you’ve chosen to behave publicly in ways that you have condemned when others participate in the same sort of activity.

Shame on you, Tim.

What makes Challies’ review even more disturbing is when you contrast his brass-knuckled review of Divided with his reviews of two culturally popular demonically inspired, and utterly anti-Christian works that have received acclaim from the world.

Berean Wife has astutely compared Challies’ reviews of The Shack and Twilight with that of Divided in her post simply titled Destructive in which she quotes Challies:

It’s a destructive message wrapped in a poorly-made documentary. The church would do well to ignore it.

All this is not to say there is nothing of value in the book. However, it is undeniable to the reader who will look to the Bible, that there is a great deal of error within The Shack. There is too much error.

My suggestion to parents would be to leave this book on the shelf instead of handing it to your teenage girl (and especially your young teenage girl). At the very least, read it yourself and see if your conscience is clear before you hand it to her.

Finding something of value in a book rife with doctrines of demons and blasphemes against God, and suggesting parents first read a lust-laden book (written by a Mormon) about teenage vampires in order to see if their consciences are clear before handing the book to their daughters, while conversely labeling a Christian film like Divided “destructive” and urging Christians to avoid it, renders the objectiveness of Challies’ reviews very suspect.

And while Challies encourages Christians to broaden their horizons by reading non-Christian, mainstream works because . . .

Common grace tells us that Christians do not have the market cornered when it comes to what is true and what is wise.

To read widely is to engage with people who think differently and who approach very similar issues from a radically different worldview.

If you want to understand the people around you, why they are the way they are, what influences them, why they make the decisions they do, you will do well to read the books they read.

. . . he then tells the church that they’d be better off ignoring Divided. Is it just me or does this reveal not only a glaring hypocrisy, but also proves that Challies is operating with an obvious agenda?

I also urge you to personally watch the film Divided in order to judge it for yourself. You can either purchase the DVD or watch it for free online (until September) here.

I conclude by offering some familiar advice to my readers: Regarding Challies’ review of Divided: “The church would do well to ignore it.”

Your sermon of the week is a good one by Todd Musser  entitled Dismantling Easy Believism. In this message, Musser makes the following three critical points from Ezekiel 18:

– There is no victim mentality when it comes to spiritual things.

– There is no works righteousness.

– Do you have fire insurance or full assurance?