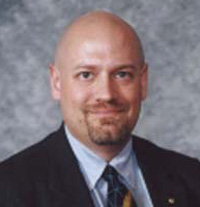 “Dr. James White is the director of Alpha and Omega Ministries, a Christian apologetics organization based in Phoenix, Arizona. He is a professor, having taught Greek, Systematic Theology, and various topics in the field of apologetics. He has authored or contributed to more than twenty books, including The King James Only Controversy, The Forgotten Trinity, The Potter’s Freedom, and The God Who Justifies. He is an accomplished debater, having engaged in more than sixty moderated, public debates with leading proponents of Roman Catholicism, Islam, Jehovah’s Witnesses, and Mormonism. He is an elder of the Phoenix Reformed Baptist Church, has been married to Kelli for more than twenty-five years, and has two children, Joshua and Summer.”
(From http://www.aomin.org)