Each week, I will list a portion of the short paragraphs from the NiceneCouncil.com’s concise but thorough 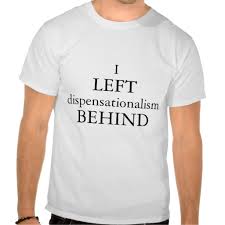 examination of the critical errors with the theological system known as dispensationalism. Of course, dispensationalism is, like most other systems, not comprised of a monolithic group who all believe alike. So please bear in mind this series in not an attack on any person, but an examination of a system. With that, here is the introduction.

Preface
What follows should not be interpreted to mean that NiceneCouncil.com nor the historic Bible believing church would place every dispensationalist outside of the Christian faith. We acknowledge that most are dedicated to the foundational orthodox doctrines of Christianity. Unlike the sixteenth century dispute over the doctrine of justification, this is an in-house discussion, a debate among evangelical Christians. We recognize and treasure all born again believers who operate within a dispensational framework as brothers and sisters in Christ.

However, we must remember that Paul loved his fellow apostle Peter and esteemed him the senior and more honored of the two of them. Nevertheless, when it came to a point of theology that had profound implications for the purity and health of the Church, Paul was constrained by his love for Christ and the Truth publicly to withstand Peter to his face. (Galatians 2:11)

Therefore, because we believe that dispensationalism has at least crippled the Church in her duty of proclaiming the gospel and discipling the nations, and out of love for the truth and the desire to bring it to light, the following propositions will be discussed in a series of videos written and produced by NiceneCouncil.com under the title The Late Great Planet Church. And as iron sharpens iron we request that every Christian, congregation, and denomination discuss and debate these issues. By the grace of our great Sovereign let us engage in this debate with an open mind and an open Bible. Like the Bereans nearly two thousand years ago, let us “search the Scriptures daily, to see whether these things are so.”