Feminism and egalitarianism has done major damage to the American culture. Primarily, it has skewed the image of how men are supposed to behave and their roles within a society. Although not every single tenant of feminism and egalitarianism should be viewed with overt hostility, we should, however, be cautious in allowing ourselves to submit to any system’s premise that is unbiblical. For the most part, almost all proponents of modern feminism and egalitarianism seeks to undermine the authority of men, feminize the male persona, elevate the homosexual agenda, and bring the law in subjection to sexual immorality and unattainable equality for all. Nevertheless, even with all that said (now that I have some head nods from males and perhaps some females), men need to be cautious and just as aware in defaulting to the knee jerk reaction against feministic attitudes – machoism.

Also called machismo, machoism may vary its form depending on the culture, generation, business, religion, peer relationship, and home. Generally speaking, machoism presents itself in a way that that is dominating, assertive, or aggressive simply because the person is a man, or feels that they have the right to be so because they are a man. This can be done sexually, physically, or socially. The definition may change depending on who is talking and the research or experience they have had, and the standard of identifying any instance of machoism is pretty subjective, but, nevertheless, machoism is a real problem and a sinful response to any perceived usurping of the authority of the male figure.

The kind of machoism that I have seen within Christendom can sometimes be borderline Islamic. Anywhere from a man stating in front of his wife’s friends, “Submit woman!” to irritability that manifests itself in harsh tones or overbearing gestures, some men treat their wives in such a way that is enough to cause heads to turn. Thankfully I have never witnessed any physical threats, but machoism can also lead to forms of spousal abuse or rape. However it may manifest itself, this kind of thinking is usually rooted in the idea that a women “has her place” and that any form of perceived disrespect is grounds for disciplinary measures (whatever that may be).

Please do not misunderstand my previous statements. The Bible is clear that men and women both have their role in society and marriage. However, what tends to happen is that a feminist (or a feministic attitude) will accuse men of machoism when they don’t get their way, and likewise a machoist will respond the same. One of the reasons why men viscerally react the way they do toward women that are perceived as not being in submission to God’s (or their own) will is because we tend to do what women do – react from emotion. Men are just as easily susceptible to emotional responses as women. In essence what I am trying to say is that, as men, we need to realize that our ego can lift up our hearts in pride, and sometimes it is because of our family, friends, favorite Bible teacher, or experience that has taught us to react with a degree of machismo toward women, especially our wives.

In the book of 1 Peter, the apostle makes some very important statements that I think is a one of the remedies to dissolve machoism. Whenever we think irritably toward our wives, and speak to them in a fashion that is not amicable or gentle, we need to think of what Peter states concerning our “dwelling with them with understanding” (ch3 v7). Depending on the commentator, you may receive a nuanced application of how that should look. But the general consensus is that the gnosin (γνῶσιν), or knowledge/understanding, that Peter speaks of here is pointing to a mind that seeks to grasp the wisdom in how to dwell with one’s wife. We should actively pursue knowledge on how to live with them as “heirs together of the grace of life.” And I guarantee you, machoism is not on the menu.

There are at least 4 points based off of Scripture that will make it easy for us men to remember how to prevent machoism in our response toward wives who act in a feministic fashion.

As Peter mentions in verse 7 of chapter 3, we are to dwell with our wives in knowledge and understanding, and actively give honor to the wife. It is really hard to be aggressive and overly dominate to the one you honor and uplift. Sure, you will have your days where she may get on your last nerve, but so will she! Her lack of submission or bad attitude should never be a justifiable excuse why macho-mode should kick in. As Peter states, she is the “weaker vessel.” Now I know that may not seem that way for some of our marriages. Some women can be downright nasty and mean! But once again, so can the men. We don’t overcome evil with evil, but overcome evil with good (Romans 12:21). When we take the time to actively honor our wives in our marriages, this may be the ingredient that is needed in order for your wife to be humbled. And even if it is not, our motivation is not to get them to submit or conform to us, but so that “our prayers may not be hindered” and so that we conform to the image of Christ. This is being a true macho.

In our second point, Ephesians 5:22-23 gives men a lot more than the two points to prevent a machoistic attitude, but these are the ones that have helped me. First, give yourself to her (v 25). The Greek word that is used to state how Christ “gave Himself for her (the church)” is not like a Christmas present or birthday gift. The word often depicts a delivering up to court, judgment, or betraying of someone and giving them over. Christ did this willingly for us – His bride! In turn, we need to do the same. You know what that means? Sometimes we need to be longsuffering, patient, and gracefully resistant to the attitude and misconduct of our wives. If Christ delivered Himself up to sinners who spat on Him, verbally abused Him, and still committed Himself to dying on cross just to redeem His bride, surely anything short of life threatening or physically abusive behavior we can overlook. We can place our machoism aside and respond with grace and understanding despite how she may be acting at the moment. Trust me men. This isn’t easy. But it is the manly thing to respond to your wife with grace despite how she may be behaving at the moment. And you will need all the grace that God can supply, because we can be prone to respond in a very sinful way. Furthermore, it will be pretty hard to be macho toward her when you consider what you have done to Christ and how He has given you grace in return. Therefore, love her as Christ loves the church! 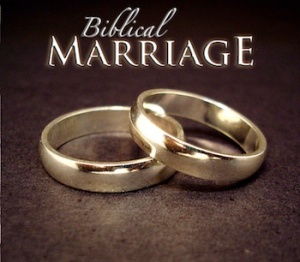 Second, love her like you love yourself (v 33). This is akin to giving honor to her. When you love your wife like you love yourself, and when you are conscious of how you treat her, you should be less prone to a machoistic attitude because, chances are, you would not treat yourself like that. And if you think you need to be talked to, dealt with, or handled in a machoistic fashion because you are man and a tough guy, good for you! That doesn’t give you permission to treat your weaker vessel that way! It says that we are to nourish and cherish our wives like we do our own bodies (v 29). Moreover, even if your woman is tough, rugged, and wants a man to handle her with leather gloves, you should be already learning how to “dwell with her with understanding” so that your machoism doesn’t get in the way of loving her, honoring her, and giving yourself to her in a Christ-like fashion. Just because a woman desires to be related to a certain way, doesn’t mean it is always right. Some women have been physically and sexually abused. Others prefer a certain kind of sinful attribute in man and place un-Christ-like expectations on us as we do them. Whatever the case, be like Christ in how you treat your wife, and women in general, and watch the machoism fade away.

In my final point (which I saved for last on purpose), it is important that we realize that Scripture explicitly states that we are not be “bitter” towards our wives (Col. 3:19). Whether it is acting bitterly toward them, or by being irritated by them, to which you respond aggressively, rudely, or dominantly, it is this imperative from God’s word that we should take strong heed to. Think about it. Being irritated by someone is just a fact of life. It will happen. A co-worker, a friend, a family member, or stranger will eventually take their turn at bringing you angst. If you magnify those possibilities by the fact that this person will live with you for the rest of your days. you can be sure the bitterness will need to be guarded against. And it is this reality of acting irritably toward your spouse where machoism gains its power.

Now when people think of bitterness, they automatically think that it has to be some dramatic emotional response, or yelling of some kind. This may be the case, but in many other cases, it is not. Bitterness can take root when your wife talks over you, says something in public about you, responds disrespectfully, chews you out, is disappointed in you, doesn’t gratify you sexually, wants to be alone, and the list goes on! Every situation may be different, but many times the machoism is the same. And a bitter attitude toward your spouse will be the exasperating force behind the machoistic attitude that will make you believe you are entitled to some respect around here! Or even the “enough is enough” attitude that is rooted in your own exalted opinion about yourself. Either way, God warned us through His word about it because it is a fact that it happens. 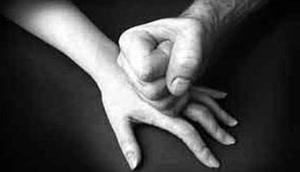 In saying all this, I do not want the slightly feministic and egalitarian women to drool over this article thinking that I am wanting to feminize men and make them more sensitive like a woman, and that I am for equality in the same fashion as many of the humanistic politicians are. But I do want men to learn how to be gracious toward their wives. I believe men should be tough, with broad shoulders, ready to handle what the world throws at them. But always gentle to their woman. Emotionally stable, but intimate; a leader, but also a servant. Men who are patient, nourishing, cherishing, and honoring toward their bride. Men who will cast machoism aside, and all the false glories that the world, or even their favorite Bible teacher and denomination, have molded it to be.

Men, let’s not let machoism be the sinful response to feministic attitudes toward us. If our spouses sin against us, let us address it with them with a sense of humility, and not entitlement. Modern feminism and egalitarianism is humanistic in nature, and fuel many of the conflicts men face with women today. But let’s move past the “submit woman” and “every woman has their place” mantra, and address unbiblical behavior with our spouses with a biblical attitude.

8 thoughts on “Machoism: A Sinful Response to Feminism”