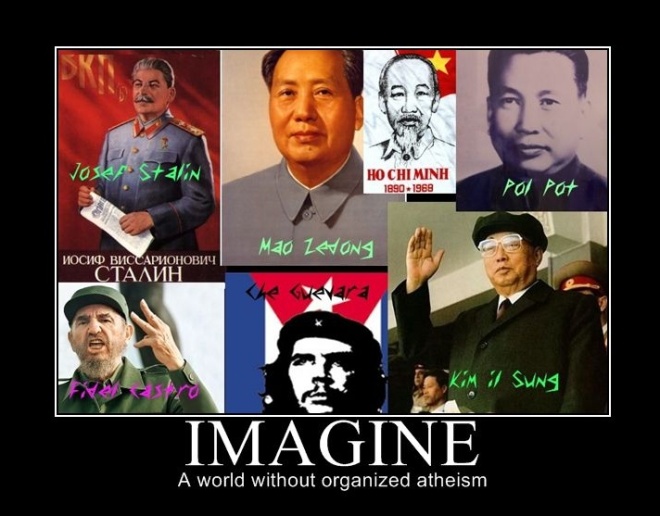 17 thoughts on “Imagine no atheism.”