A note from the author:

Sadly, after the death of the apostles, the church began to leave Christ’s revealed will 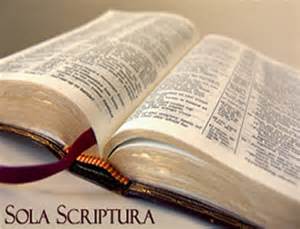 by inventing for itself a system of church care. Take that word ‘hierarchy ’, which we have already met, and which will come up again and again. There is, of course, a New Testament hierarchy in the churches of Christ. Within clearly defined limits, as long as the apostles were alive, they were over the entire people of God, over all the churches of Christ, with elders, overseers, bishops, leaders (as I have explained, the names are virtually synonymous), rulers over local churches.

Paul, writing to believers, spoke clearly about those ‘who are over you in the Lord’ (1 Thess. 5:12; see also Heb. 13:17). So there is, in this sense, a New Testament hierarchy. But in this chapter I am going to look at the Fathers’ corruption of the New Testament pattern, and one of the cardinal marks of their defection was the introduction of an unbiblical hierarchy, a worldly hierarchy. This was, and remains, abhorrent in the churches of Christ. So, when the word ‘hierarchy ’ appears in the rest of this book, the context must decide whether or not we are talking about its proper New Testament use, or the deformed – abominable – idea which has done so much harm to the church of Christ these past two millennia.

7 thoughts on “The Pastor – Chapter 3; The System Corrupted”