Proverbs 27:5-6 Open rebuke is better than secret love. Faithful are the wounds of a friend; but the kisses of an enemy are deceitful.

Proverbs 29:5 A man that flattereth his neighbour spreadeth a net for his feet.

As I peruse the internet, listen to people chat, watch interaction between people with each other, as well as interaction within the church, I’ve noticed a pattern emerging in this age that seems to lend itself to credibility even from Scripture.

I’m sure we have all seen this to some extent or other and maybe even agreed with it to a certain extent.

It is the “Get rid of all those negative relationships that don’t build you up” meme or quote.

It’s interesting how this generation views negativity. When I was younger, quite a bit more than I am now, there was nothing wrong with negativity, to a certain extent. If we look in the Bible at Exodus 20, we will find that God was negative towards His people and demanded complete perfection. Seven of these commandments say, “You shall not,” and one says, “You will have no…” The other two were about the Sabbath and obedience to parents.

I used to think, every time I saw one of these, “Yeah! I can see what they’re saying. You don’t want someone pulling you down to sin and do things wrong before the Lord. Those are negative people and, as such, you need them out of your life.” 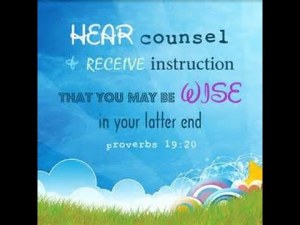 As I’ve studied people’s responses towards things they want to do, my eyes have been opened, through the years, into what was really being said. Years ago, we lived in England and I became friends with someone through the internet. She homeschooled her children, just as we homeschooled ours. One day, out of the blue, she contacted me to tell me her child was looking to become an actress and had the availability to act in one of the newer style family movies which in the early days was not of the quality they are today.

She told me how much they were doing and then began complaining about other people who had been friends and, “…were so negative towards me about this that I had to cut them off.” I was troubled by the fact that people would give her a rough time over it so I started sympathizing with her. After a few days, she began giving me a detailed schedule of what would be happening and, it was at this point I realized the people who were supposedly negative may not necessarily have been.

I struggled to know what to say to her while wondering if what I was going to say would make her think I was being negative, as well. As I had very few friends, anyway, I didn’t want to lose her friendship and kept quiet for a time. The more I thought about her ‘predicament’ (my understanding) the more I became concerned over the situation and how it would affect them spiritually.

I eventually shared with her to be careful that she guard her time with her daughter and their time with the Lord so they didn’t fall by the wayside spiritually. She said she was was stunned and accused me of being negative. At that point she cut me out of her life and refused to talk with me for many years. Eventually, she did speak with me again but only for a short time. The evidence of her new life was painfully apparent in her dress, her speech, and her lifestyle.

As I think of other similar times that this has happened, I’m saddened by what is considered positive influences and what isn’t. I’m also very concerned when people try to use the Word of God to make all this seem as if it were credible.

The truth of the matter is, if you only want yes individuals within your life to give you the nod over whatever it is you want to do then you are headed down a dangerous path. You see, we are sinful creatures and we sin. When we only allow people to advise us who refuse the truth how can we expect they will give us godly advice?

Psalm 1:1 Blessed is the man that walketh not in the counsel of the ungodly, nor standeth in the way of sinners, nor sitteth in the seat of the scornful. But his delight is in the law of the LORD; and in his law doth he meditate day and night.

We, as true believers and children of the Sovereign Lord, are expected to share the truth, in love, with each other. We cannot expect others to give us what we want to hear no matter how much we want it. The truth of the Scriptures is the only way we can know how to do what is right. If we choose the right way that means we have to keep our eyes on Scripture regularly and know what direction we must go. If we don’t follow the Lord, He will discipline us to bring forth the peaceable fruit of righteousness and to keep our feet on the right path. Heb 12:11.

If you find someone willing to share the truth with you, don’t cut them out of your life. Proverbs 9:8 makes it clear that if you rebuke a scorner, he will hate you but when you rebuke a wise man that person will love you. If every time someone seeks to give you godly advice and you cut them out of your life the question must be asked, “Are you a true believer?” If you are then why aren’t you listening to godly advice? If you aren’t then today is the day of salvation!