This next problem is one where way too many churches are consistently inconsistent, and I believe it is a shame for several reasons.

The problem I am speaking of is the matter of divorce.

It is imperative that we define marriage and what God commands regarding marriage. Biblical marriage can ONLY be defined as: One man and one woman united together before God in the bonds of matrimony for the rest of their natural lives. As God is the One Who created marriage, it is He and He alone who defines the rules for what makes a marriage. Government has NO RIGHT to try and define what they think marriage is or what it should be. 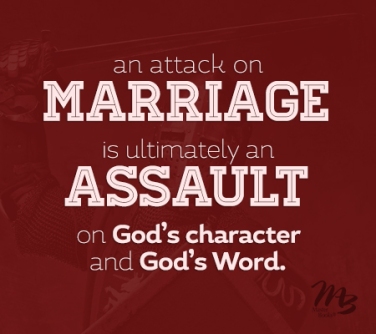 Having defined marriage, it is also important to note that we are fallen creatures. As humans who are born with a sin nature, we fail – sometimes miserably. There are times when even marriages between a husband and a wife fall apart. Because we live in a fallen world, EVERYTHING that God created as good has become corrupted by the evil one, Satan himself.

The sanctity of marriage has been corrupted and evil reigns in the world. Instead of a holy union between one man and one woman for life, it has been polluted. Today, we have:

What does this mean for those who claim the name of Christ?

God created the ordinance of marriage and He created the first family. It was one man and one woman who were told to populate and care for the earth. They were entrusted to be good stewards of what God created for His glory and for our enjoyment.

The problem is that marriage has become convoluted because of the wickedness of the heart of man. Commitment is lacking and lust drives many to live in ways that do not honor the command of God in regards to marriage. Because the Word of God has been undermined, marriage is no longer considered to be a holy institution by much of the western world.

What makes it worse is that much of the evangelical church that claims the name of Christ has refused to take a stand. Pastors stood in pulpits and told the people, in the pews, that what was done in the privacy of people’s homes was nobody’s business. The people then began to hear and then declare that it was only up to God to judge people. One perversion after another began to move from the darkness into the light. Those who think that western civilization is advancing and getting better has not learned anything from history. When a civilization or culture declines from a state of morality to immorality and ultimately to amorality (no morality), it will never recover.

The majority of evangelicalism has lost its moral compass. It has lost the ability to stand firm and state, “Thus says the Word of God, ‘Repent for judgment is coming to all who reject Christ!’”

Rev. 21:8 states, “But as for the cowardly, the faithless, the detestable, as for murderers, the sexually immoral, sorcerers, idolaters, and all liars, their portion will be in the lake that burns with fire and sulfur, which is the second death.”

That is the bad news! But there is also good news!

The mandate that God has given to us still rules. God is still sovereign and He is in control. Christ will still return for His Bride. True believers are still a holy, peculiar people. We are not better than anyone else. The difference between our spiritual well-being and that of the world around us is that Christ has redeemed us and set our feet upon the Solid Rock.

Now that we have established what marriage is supposed to be, why is our current situation a problem? How does this relate to churches beings consistently inconsistent? Why or how has this problem become even more convoluted?

Many churches have FORSAKEN the law of God to love one another the way Christ loves His Bride. In their abysmal failure to love others, they have chosen to establish tiers within Christianity. At the top seems to be those who think they hold the moral high ground and have not openly violated the law of God. Many in this category have looked down on those whose sin and iniquity has brought shame to themselves and the name of Christ. 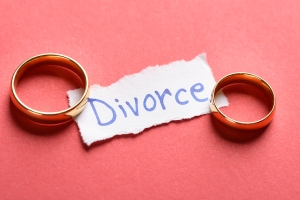 Yes, I am also speaking of those who have failed in their responsibility to the duty of marriage.

For many years, my wife and I were members of churches where people who had sinned openly were shamed and ostracized. These individuals were run off from the body of Christ even though they sought forgiveness and repented of their sins.

The inconsistency comes when we realize that churches rejoiced greatly when the person who was a drug addict or a drunkard was saved and became a pastor. Yet, when a couple who struggled lost the will to persevere in their marriage, our churches turned against them. Instead of being a hospital for the wounded and weary, what should have places of refuge turned and shot their own wounded in the trenches of spiritual warfare.

Our brothers and sisters who have suffered through the sin of divorce have often been abandoned. They have been refused to partake at the Lord’s Table. Many have been rejected from serving within the local church. Many who have experienced divorce have been treated by pastors and the church as second or third class Christians. In turn, feeling rejected, these individuals have sought refuge far from the protection of sound Biblical churches.

Their burden is one that has long plagued churches, and too often, these precious brothers and sisters feel lonely. They want to know the forgiveness that comes from God, but they also want to believe that there is still room for the forgiven in local churches.

The questions we must ask are these, “Why has divorce been relegated to an almost unforgiveable sin?” Or, “Why do those who have been forgiven continue to be held at arm’s length and refused places of service in local bodies of believers?”

Listen to the words of the apostle Paul again from 1 Corinthians 6:11, “And such were some of you. But you were washed, you were sanctified, you were justified in the name of the Lord Jesus Christ and by the Spirit of our God.”

We have already spoken about the bad news, BUT listen to the BEST news – Christ came into the world TO SAVE SINNERS! Repent and call upon Him for mercy. Christ FORGIVES sinners and we must do the same. God made Christ to become sin on our behalf, so that we might be clothed with the righteousness of Jesus Christ.

Who are we to dare set a different standard than what is found in the Word of God? Many churches do not hold the same standard for a person who has lied, or has been drunk, or done drugs, so why would we allow such inconsistency within the body of Christ?

Many have forgotten the meaning of forgiveness. They have forgotten that their own hidden sin is just as heinous and required the death of Christ on the cross. If we are forgiven, in like manner, we are to forgive others also.

For the record, my wife and I have been married for 29 years this next December. This is our only marriage. Both sets of parents have been blessed with marriages lasting over 50 years. Violet and I both have a sister and brother-in-law who have been married almost 30 years. For all of these things we are truly blessed and thankful.

Forgiveness is found at the foot of the cross for ALL who come by grace through faith alone in Christ alone.

“Let him or her who is without sin cast the first stone.”

What is the answer?