The science aspect of this question is rather simple. There is no “gay” gene. There never has been a “gay” gene. There never will be a “gay” gene. Modern scientists will strive in vain to find that which undermines and countermands the Word of God. The reason is because modern culture hates everything about God. It hates the Bible with a passion because it points out the sin nature that is found in every man, woman, and child who has ever lived. Modern culture wants to think that man is getting better and better. Because of this thought process, it demands that all must conform equally to whatever is considered to be the acceptable norm.

Enter the LGBT community along with their open and unashamed agenda for the total destruction of all that is right and wholesome. How have we come so far in such a short time?

There was a time when acts such as lesbianism and homosexuality were punishable as crimes, and we do not have to go all the way back to the Old Testament to find that such behavior has long been considered an abomination. However, if the only guide we had to what is acceptable behavior, we can go all the way back to creation to find that God made them male and female. Ultimately, the final authority belongs to God. He created marriage to be between one man and one woman, but sin has destroyed all of that. God created marriage to produce and populate the earth and to care for His creation, but sin has destroyed all of that.

The wickedness of the earth continues to grow as it rises in rebellion against God.

The advent of television and movies is probably one of the greatest contributors to the open acceptance of the perversions that run rampant in our societies over the last century. We found out that certain movie stars were womanizers, adulterers, fornicators, or living a life as a homosexual or lesbian, and we excused it because, “That’s just Hollywood.”

People acting in an effeminate manner were mocked but only for a short time. The so-called wholesome family shows soon began mocking the family unit. The role played by the husband was denigrated and they were made to look like bumbling fools. The beautiful picture of a lady quickly faded into obscurity as women were paraded into more and more masculine roles.

Bedroom scenes quickly moved from a man and woman sleeping in separate beds to the actors being filmed in risqué and questionable situations. Before long, that was not enough for audiences and the movies began to include partial nudity. Then, it became more open as the cameras relished in the depraved scenes mocking all that God created to be holy within the bonds of matrimony.

But that was never enough! Movies began to flirt with lustful relationships between two men or two women, then proceeded to make films and tv episodes where homosexuality and lesbianism was fully acceptable. Those who cried against these perversions were mocked as being prudes and as those “Christian types who really don’t understand that God is love and that He loves everybody just like they are and that He even created some men to love other men or some women to love other women.”

Do we wonder why there are so many who have chosen lifestyles that are opposed to God? It is because culture has made it seem innocent. It has taken all that is good and holy before God and destroyed it a little bit at a time. What is acceptable now brings little more than a yawn to many, even to some who claim to be followers of Christ. Such portrayals on the screen 20, 30, or 50 years ago would have brought the wrath of much of America down on the heads of movie studios.

However, the movie producers were smart. Test the waters enough and before long, what is sin and wickedness will be acceptable. Now, social media like Twitter and Facebook has allowed those who live in open rebellion against God and His Word to parade their sin. Gay parades and the accompanying perversions of those who prey against our children is no longer headline news. Those who make the news are the “bigots” who stand in the way of cultural evolution as “the earth moves towards a utopian society.”

In just a few short decades, the LGBT community went from only wanting to be free to do whatever they wanted in the privacy of their homes to demanding that their perversions must be taught to impressionable young boys and girls. Believers got a little squeamish with the idea but began hearing from the pulpit that “God loves people just like they are. He wants us to accept people for who they are. Whatever they do in the privacy of their own homes is none of our business.” And we bought the lies. Churches began to accept the depravity a bit at a time.

Public schools were the breeding ground for the introduction of sexual freedom of all kinds to children. Children went home and the things not acceptable in homes was openly allowed to be portrayed on the televisions when they got home from school. The sexual revolution opened the door and now pregnancy out of wedlock and people openly living together with no commitment and no marriage is totally acceptable. To question a person living in such a lifestyle is to be a bigot.

Churches stopped taking a stand for truth. Pastors failed to prepare the hearts of the believers to stand for the truth because there were no more absolutes. Absolutes were only for bigots. Churches went from preaching the truth to accepting all lifestyles that were opposed to all that is holy to God. Pastors stopped preaching against sin because it was not popular and would cause a decline in the offerings every Sunday.

What sane person finds it acceptable for a man to walk into a woman’s bathroom because he thinks he is a woman? What sane person finds it believable that through the use of medicine and genital mutilation a person can actually change themselves from a man to a woman or from a woman to a man? Sorry, but Bruce Jenner will always be a man and he is no hero. He is a man who needs to seek forgiveness from the Most High God that he has offended and against Who he lives in outright rebellion. 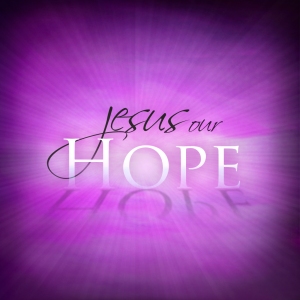 What is next? Polygamy? Many false religions already allow for this and it will not be long before they will demand equal protection for their lifestyle. The polygamists of Utah and Colorado used to be a very quiet group who worked diligently to stay under the radar of the authorities. Now, television and movies have promoted this lifestyle as being acceptable. Judges are already throwing out cases that involve polygamy and it will not be long before polygamy will no longer be a crime, but will be openly acceptable behavior from any who choose to have more than one husband or one wife.

What else is coming? Bestiality? Lowering the age of consent to accommodate the agenda of the LGBT community? Yep, all of the above and even worse will be coming because our societies in the west are on a cliff-face headed straight for hell. If you doubt that the LGBT community has an agenda, then you are living like an ostrich with your head in the sand.

The Roman Empire was destroyed from within by its debauchery. Rome became a place where biblical Christianity was mocked while allowing polygamy, slavery, and the selling of boys and girls for whatever perversions were needed to satisfy a person’s lust was on offer. Our society will also soon be there because it hates God, but God will not be mocked. Neither will His judgment be withheld forever.

However, there is hope that is found in Jesus Christ alone. You will never find hope inside of a pill, or drugs, or a bottle, or illicit sex, or lust-filled relationships. The emptiness that is within the heart of each person can only be filled by Jesus Christ. When a person comes to the end of themselves and realizes that they are lost in the depravity of their sin, only then will they be able to understand the joy that belongs to true believers. Repent from your sin while there is yet time.

If you claim to know Christ, you cannot remain in your sin or your perversions otherwise the Bible makes it clear that you are not a true believer. If you are called to be a minister, you must take a stand for truth regardless of what it will cost you.

The video below is a clip from Dr. Steve Lawson giving forth clearly the words of life. If you are living in sin and rebellion against God, the answer is not reformation. The answer is not found in trying to be a good person. It is not even in seeking to live a morally upright life.