He has shown you, O man, what is good; and what does the LORD require of you, but to do justly, and to love mercy, and to walk humbly with your God? (Micah 6:8).

But if you had known what this means, I will have mercy, and not sacrifice, you would not have condemned the guiltless (Matthew 12:7).

A while back, I came to the conclusion that I would rather err on the side of mercy when relating to others. I’m not talking about being soft on sin. But I am talking about walking graciously toward others who may not be at the same place in their walk with the Lord as you or I may be. And, if a brother or sister is caught in sin, learning how to “restore such a one in the spirit of meekness” (Gal. 6:1).

When I look at others who are covered with the scars of bad decisions they have made, I do not lose sight of the fact that there but for the grace of God go I. God has spared me from a lot in life but that is a testimony to His goodness, not mine. 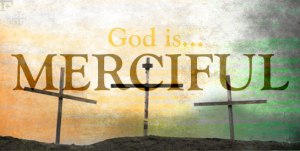 Be you therefore merciful, as your Father also is merciful.

Blessed are the merciful, for they shall obtain mercy.

I have received so much mercy in my life. How could I be so heartless as to not show mercy in return?

1. compassionate or kindly forbearance shown toward an offender, an enemy, or other person in one’s power; compassion, pity, or benevolence:
2. the disposition to be compassionate or forbearing:
3. the discretionary power of a judge to pardon someone or to mitigate punishment, especially to send to prison rather than invoke the death penalty:
4. an act of kindness, compassion, or favor:
5. something that gives evidence of divine favor; blessing.
I want to be that person that doesn’t hesitate to put an arm around a struggling sinner who is broken instead of the one who says (even in the heart), “If you just hadn’t done that stupid thing, you wouldn’t be in this predicament.”
There are times when pious, religious people may need a firm rebuke but only if it can be done in humility with the purpose of the sinner coming to repentance and being restored. But there are other times that we must help to lift up the broken so they can find that hope that will lift them out of the pit they find themselves in.
Several times in the Gospels, we read that “Jesus had compassion.” We need to follow His example. Won’t you show mercy to someone today?