Let us consider another inconsistency, but let me first warn the reader that it may cause some real heart searching, especially if you have children.

The scene is the same just about every week. Families struggle to get up on Sunday morning. Many have not bothered to prepare their hearts throughout the previous week, and especially the Saturday night before. This quickly becomes obvious as the rest of the morning progresses.

Breakfast is rushed and the parents are shouting at the kids to “Hurry or we will be late to church.” With a final flurry of activity, everybody runs out and jumps in the appropriate vehicle. On the way, the driver is pushing past the speed limit and hoping that a policeman is not sitting over the next hill with a radar gun. In the back, the children begin to bicker and then fight. The parents both threaten to stop the car to take care of the problem that does little to straighten out the children. The little ones are mostly immune to the threats because they have already figured out long ago that the parents don’t really mean what they say.

Every now and then, a word of wisdom may grace the conversation. One of the parents will remind their offspring that “we all need to settle down as we are going to worship the Lord.” 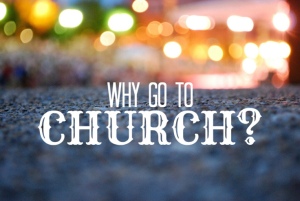 Arriving at their chosen place of worship a few minutes late, the parents send their children off to a little classroom. In the room, they only manage to get through 45 minutes due to the seemingly endless supply of snacks and juice. During the class, they may receive a pithy little lesson which may come complete with puppets and pages to color.

Leaving the little classroom, the children all proceed to rejoin their parents in the big room. For a period of time, there are smoke machines and loud music that is repeated ad nauseum while only the worship team sings. Children watch their parents express disinterest in singing the songs they barely know, and many can’t be bothered to pick up their Bibles for the reading of the Scriptures, if that is even present.

Part of the way through the service, the children are all ushered back out to a smaller room where they get plenty of upbeat music, more snacks, and a little story that has little to nothing about teaching these children what they need in order to become like Jesus Christ. Words like sin, hell, judgment, the wrath of God, and repentance are all absent for fear of “scaring” the children.

The workers proclaim them to be “saved.” Everybody is happy.

After the service ends, each child goes back to meet their parents. Out they go to the car, and the new week continues with a rush to get to the local restaurant before everybody else. When the meal is done, everybody goes back home to play or watch the games on television.

Monday comes and everybody acts the same. No changes can be noted as the children continue to argue and fight each other. The parents struggle in their own relationships with each other and with their children. Hearts were not changed, nor were families brought together in the presence of their Maker. Sadly, many churches no longer preach about sin, but many pastors have no problem preaching about their pet peeves or on whatever topic happened to come through their minds the night before.

Rarely will a week pass where the things of God are spoken of with reverence. Rarely will hymns and praise melodies that are rich with theology be played during the week. Rarely will prayers be offered in loving conversations with the Creator of heaven and earth. Why? Because what is seen on Sunday in the church gathering is but a reflection of what is taking place during the week in the home.

What does this do to the hearts and minds of the children?

In the coming years, the same children who were pushed off to children’s church grow up being allowed to “make their own decision.” Parents decide that if Susie or Junior prefer to rest longer on a Sunday after a long week of school, sports, and extra-curricular activities, then the young people are allowed to choose.

The inconsistency in all of this is that there is NO WAY in the world that parents would allow their children to make those same decisions with school during the week. Junior and Susie would not be permitted to skip school. Parents spend time religiously indoctrinating their children with the importance of everything but for the things that are eternal.

Thankfully, God is gracious to some. Yet, the scenario that I have seen played over and over way too much is heart-breaking.

A few years later the children become adults. Things continue as they were raised because their hearts were never prepared for real life. Some walk the path of rebellion and self-will. Many refuse to walk the paths of God for they were never taught what those paths should have been.

They were taught church is not for real life, but for entertainment purposes. Their conscience was lulled to sleep with music, skits, and modern movie clips that told them that God had a wonderful plan for their lives. They were told that God would take them just as they were and that they could live their lives anyway they chose because God was only loving and did not demand righteousness. Instead of being taught all about the reasons for the Lord’s Table, the children were being given stories and more coloring pages.

When we were in England, children were shunted off to Sunday School until they were about 11 or 12. The parents did not have them in the service during times of communion, but the children would be dismissed to go play. On Sunday evening services, parents would alternate staying home in order for the children to be in bed ready for school, but they were fooling nobody. The children would still be up playing games or watching television.

The mid-week prayer service was always a sad affair. One parent might show up every now and then. We would take time for prayer requests and the same ones would often be shared. Many would share tears as they recalled their grown children.

“Please pray for my Susie or Junior that they will come back to church.”

Or, “Please pray for my children to renew their lives for the Lord.”

Tragically, I had to share the reality of the Scriptures that if there was never a change in the hearts of their children, then there was never a new birth. Dear parents, consistently failing to teach your children the Bible and about God will just about always produce the same lack of results. They will grow up loving the world for that is what they saw in you.

Too many children from the last generation or two have grown up to be adults who run far from church. They are tired of being entertained to death by churches that were supposed to be different the world. But they didn’t see that. Many have never been introduced the holiness of God. They have not learned that the whole duty of man is to fear God and keep His commandments. They have not learned that this world is not our home, and that we are to only lay up treasures in heaven instead of down here where it is consumed by the moths and rust.

This inconsistency does not have to continue. You can see the restoration of the years that the locusts have eaten. Seek forgiveness from God. Pray that He will grant mercy and that you will become the example of Christ to all in your family and your extended family.

Humble yourself before your family and admit that what you allowed to take place was wrong and sin before God.  If your Sunday meeting place is a hotbed of entertainment instead of a beacon of light pointing ONLY to Christ, then find a place of worship where you can be with true believers who love the Lord. Don’t wait for another Sunday to pass. Time waits for no person. 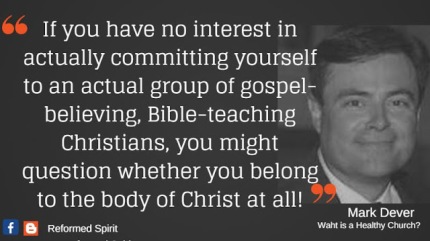