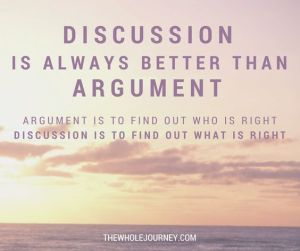 The Man in Romans 7

In order to rightly understand what Paul taught in the latter part of Romans 7, we need to understand how he described two groups of people earlier in this epistle.

In Rom 3 & 4, Paul is teaching his kinsmen of the flesh why being Jewish is not enough, how children of promise are true Jews. In Rom 5:1-5 he is teaching – again – how those Jewish Christians were reconciled to God: righteous in faith, rejoicing in Christ and our afflictions, grounded in love, and possessed by the Holy Spirit.

In what follows in chapter 5 is an ongoing contrast between unconverted Jews and converted Jews, with an abbreviated history of sin – contrasting the first and last Adams. Throughout this chapter, the redeemed are described as righteous, justified, full of grace, saved from wrath, reconciled to God, having eternal life. The unconverted are described as helpless, ungodly, enemies of God, dead in sin, under judgment, condemned. Quite a difference – worth noting.

Chapter 6 is a continuation of Paul’s argument from the previous chapters, where he encourages the redeemed Jews (this is still his primary audience) are exhorted to walk in grace, not sin. These people are called dead to sin, joined with Christ, crucified with Christ, free from sin, alive to God, under grace, slaves of obedience and righteousness. He tells them – and us – not to let sin reign in our mortal bodies, for, he says, “sin will not rule over you because you are not under law but under grace.” (vs 14) We have new fruit resulting in sanctification and eternal life; we have a new master, grace – no longer slaves to master sin.

The unconverted man in Romans 6 has everything in common with his counterpart in chapter 5; he is in bondage and domination of sin, a slave to sin, ruled by death, obedient to sin, unrighteous, and ruled by sin; under law. This man is obedient to sin, under law not grace, a slave to sin – leading to death, weak in the flesh, morally impure, lawless, producing the fruit of death. Sin is his master, not grace.

The contrast between the unconverted sinner and the redeemed sinner is striking and it’s consistent: the one man is fleshly and full of sin, under the law and breaking the law; the other man is full of the Holy Spirit, rejoicing in all things, dead to sin and the law, producing good fruit unto eternal life.

A couple of observations: contextually, Paul has been describing his kinsmen of the flesh. The man in Romans 7 is a Jew, even though all people can identify with the spiritual struggle portrayed. The pious Jew  would see God’s law, instructions, Scriptures as good and holy even while he would be unable to comply with them.

While you and I see some of our Christian life in what Paul wrote about in this passage, it’s clear that this man has nothing in common with the redeemed man Paul described in chapter 5 & 6; but he has everything in common with the unconverted man in those chapters.  The context of the epistle indicates Paul is describing a Jew, not a Gentile, and a Jew that is struggling under a law he knows is good but without the ability to obey from the heart and produce good fruit unto eternal life. The man in Romans 7 does not have the Holy Spirit, but he is of the flesh, captive to evil, a slave to sin, producing fruit unto death.

The change to present tense does not mandate the view that Paul has changed course and began talking about himself as a Christian. It may very well be nothing more than a literary device to make the plight of the man all the more gripping. He is in a very dangerous condition! Present tense does not mandate the view that this man is Paul as a Christian. The description of the man and the larger context of the epistle provide a more sure guide to interpret this passage.

Paul, in Romans 8, tells us the man characterized by the traits listed in chapter 7 is not one in whom the Spirit of God dwells.

As with all Scripture, we learn from this passage. But we have no more reason to insert ourselves into this passage than we do with Jeremiah 29:11.