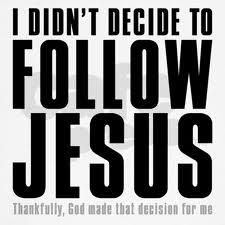 Christ die? Did He die for all who ever lived or did He die for the elect? Read the lyrics below and listen to the sermon from James McClarty and humbly see if what these men represent is true. Not, do you like it; not, does it line up with your thinking. Is it in line with the clear teaching and intent of God’s Word, for the glory of His name?

Here’s a controversial subject that tends to divide
For years it’s had Christians lining up on both sides
By God’s grace, I’ll address this without pride
The question concerns those for whom Christ died
Was He trying to save everybody worldwide?
Was He trying to make the entire world His Bride?
Does man’s unbelief keep the Savior’s hands tied?
Biblically, each of these must be denied
It’s true, Jesus gave up His life for His Bride
But His Bride is the elect, to whom His death is applied
If on judgment day, you see that you can’t hide
And because of your sin, God’s wrath on you abides
And hell is the place you eternally reside
That means your wrath from God hasn’t been satisfied
But we believe His mission was accomplished when He died
But how the cross relates to those in hell?
Well, they be saying:

Father, Son and Spirit: three and yet one
Working as a unit to get things done
Our salvation began in eternity past
God certainly has to bring all His purpose to pass
A triune, eternal bond no one could ever sever
When it comes to the church, peep how they work together
The Father foreknew first, the Son came to earth
To die- the Holy Spirit gives the new birth
The Father elects them, the Son pays their debt and protects them
The Spirit is the One who resurrects them
The Father chooses them, the Son gets bruised for them
The Spirit renews them and produces fruit in them
Everybody’s not elect, the Father decides
And it’s only the elect in whom the Spirit resides
The Father and the Spirit- completely unified
But when it comes to Christ and those in hell?
Well, they be saying:

My third and final verse- here’s the situation
Just a couple more things for your consideration
If saving everybody was why Christ came in history
With so many in hell, we’d have to say He failed miserably
So many think He only came to make it possible
Let’s follow this solution to a conclusion that’s logical
What about those who were already in the grave?
The Old Testament wicked- condemned as depraved
Did He die for them? C’mon, behave
But worst of all, you’re saying the cross by itself doesn’t save
That we must do something to give the cross its power
That means, at the end of the day, the glory’s ours
That man-centered thinking is not recommended
The cross will save all for whom it was intended
Because for the elect, God’s wrath was satisfied
But still, when it comes to those in hell
Well, they be saying: