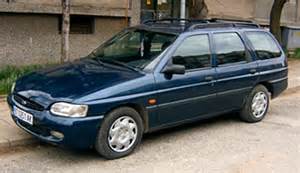 In many ways, I am a curmudgeon, refusing to cooperate with the culture on a host of issues. The push for euphemistic terms in all aspects of society particularly gripes me – from “sanitation engineers” to “gays”; I see no reason to go along with the subtle, evil scheme to redefine the terms that describe life.

Having said that, here’s my “Gay Conundrum”:

In 1999, I bought a used Ford Escort station wagon; it was purple (very much like the one in the picture). While my car was a deep, rich shade of purple – opposed to a light, soft shade – many in my circle of family and friends had fun telling me my car was “gay”. One brother in Christ gleefully called this car (upon which were several bumper stickers witnessing for Jesus) my “LAMBDA-mobile” (look up LAMBDA on the Internet if the significance of this term is lost on you).

In 2000, my employer was laying people off. A VP, with whom I was friends and related to in Christ Jesus, told me how he was pressured to “protect” homosexuals during the layoff as he was to do so with historically protected minorities. He joked that his best protection against being laid-off was to declare himself “gay”. I told him that I embraced the “gay” label – with the explicit acknowledgment that my use of the term hadn’t fallen into the Humpty Dumpty redefinition process. Coupled with my driving a purple car, how could I lose? At any rate, he and I both survived the RIF. I gaily drove on in my purple chariot, not offended by the comments of friends and family who made fun of my car. Dark purple, as any student of ancient history knows, was a sign of royalty and honor. And that little purple Escort wagon was the best car I had owned. And it had a luggage rack on the top!

Until the summer of 2006. A young woman, driving her first car, blissfully ran through a red light and smashed into the driver’s side rear of my beloved car, rendering it “uneconomically repairable” – with increasingly debilitating electrical failures.

As news of this tragedy spread, my dear friend who labeled my car “LAMBDA-mobile” told me I should file a “hate-crime” report with the police and the homosexual activist crowd. Certainly, this blatant attack on the public declaration of my gayness was a hate crime!

Here’s the rub: I do not subscribe to the Orwellian view of “hate crimes”. A.) What are non-hate-crimes to be called? “Love crimes”? B.) Motive should not be a constituent of the crime, but a consideration in the punishment. “Hate crimes” is a PC accommodation of Orwell’s infamous “thought crimes”. (If you have not read George Orwell’s 1984, correct this deficiency at once!)

So here I sit: a gay man whose LAMBDA-mobile was taken away too early. What’s a gay man to do? Sadly, my replacement car is a non-descript but tasteful silver – not “gay” at all. Has my identity been stripped from me? Has the “hate-crime” committed against me taken that away? No – a thousand times no! A man is not defined by his car. He is defined by his motorcycle!

Just kidding about that last part (although my dear wife of more than 30 years would agree that I spend too much time with my motorcycle).

I am struck by the insanity of defining crimes by attempting to see into the perpetrator’s mind and make his mental state a crime unto itself. Does one man’s hate for another make the taking of life or property any worse? In our post-modern culture, where the only truth is that perceived to be truth by hearer, it’s nigh impossible to convince any authority that facts matter more than perceptions. This is the fundamental reason so many churches are awash in false teaching and why education is a train wreck. People have lost the ability to think, the schools have not been teaching children to critically examine anything. This environment cannot help but give birth to “zero tolerance” policies that criminalize boys who “shoot” one another with their fingers or a banana.

Co-opting the word “gay” to mean homosexual is another symptom of this mindset. People taking offense at anything they would rather not hear is another. All these things – hate-crimes, “gay” conversations, zero-tolerance, thin-skinned offended folk – are the outworking of a post-modern mindset where meaning is assigned by the receiver of the information and no moral absolutes exist. This brings me to an interesting quote I saw on the Internet recently – with no idea who said it. But it pulls all this gay conundrum of mine into perspective and brings it full circle.

To be offended by what someone else says is your own choice, as you don’t have to care about what other people think, and nothing has actually happened to you. Information merely passed from their [sic] mind to yours.

In other words, you actually want to stop certain information from being communicated. You must believe that you have some sort of right to dictate not only what people can and can’t communicate, but they can and can’t think.

To be offended is to take the first step in being a totalitarian megalomaniac.

If any of us were honest, we would admit to holding to one or more ideas that fit into that ugly picture painted in the quote above. The recent hub-bub about florists and pizza parlors that refuse to service homosexual weddings shows how many “conservatives” have fallen into this unfortunate world of political correctness. These well-meaning people have drawn their line of support for these businesses based on religious expression and the freedom we have in that arena. They ignore the fundamental rights being trampled on – freedom of association and ownership of private property.

20 or 30 years ago countless businesses had signs displayed notifying patrons of the store owner’s right to refuse service to anyone. The market taught them which policies were beneficial. Now, “conservatives” ignore the Constitutional issues, agreeing that government ought to enforce “anti-discrimination” – meaning businesses cannot refuse service to anyone. The government should not discriminate – they are funded by everyone. Privately owned businesses are free to discriminate (even though we have laws that forbid it); yet the only discrimination allowed in this new version of Wonderland is against those who are accused of having historical advantages – either real or imagined. Facts don’t matter. The inferred or assumed injury is judged by how serious or outrageous it sounds, not by the facts of the matter.

When it’s all said and done, I am not as gay as I was 10 years ago. This world has lost its mind and I’m weary of it. But in the larger scope of eternity, that’s a good thing – for all who are truly in Christ, this world is not our home. The trials and craziness we experience here serve mainly to remind us of the Fall and how serious sin is – that which infects us and that which we do. So the message for my fellow saints is simple – fix your eyes on that which is unseen, remember His words, from John 14:1-3 (ESV) “Let not your hearts be troubled. Believe in God; believe also in me. In my Father’s house are many rooms. If it were not so, would I have told you that I go to prepare a place for you? And if I go and prepare a place for you, I will come again and will take you to myself, that where I am you may be also.” And that’s really good news for all those who are in Christ Jesus.

7 thoughts on “My Gay Conundrum”