The following article from Albert Mohler gives wise counsel on how Christians should handle the recent tragedy in Connecticut. I highly recommend all Christians take the time to read this and put it into practice. 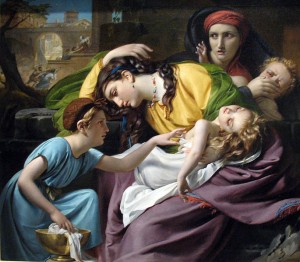 “It has happened again. This time tragedy came to Connecticut, where a lone gunman entered two classrooms at Sandy Hook Elementary School in Newtown and opened fire, killing at least twenty children and six adults, before turning his weapons of death upon himself. The young victims, still to be officially identified, ranged in age from five to ten years. The murderer was himself young, reported to be twenty years old. According to press reports, he murdered his mother, a teacher at Sandy Hook, in her home before the rampage at the school.

Apparently, matricide preceded mass murder. Some of the children were in kindergarten, not even able to tie their own shoes. The word kindergarten comes from the German, meaning a garden for children. Sandy Hook Elementary School was no garden today. It was a place of murder, mayhem, and undisguised evil.

The calculated and premeditated nature of this crime, combined with the horror of at least twenty murdered children, makes the news almost unspeakable and unbearable. The grief of parents and loved ones in Newtown is beyond words. Yet, even in the face of such a tragedy, Christians must speak. We will have to speak in public about this evil, and we will have to speak in private about this horrible crime. How should Christians think and pray in the aftermath of such a colossal crime?”

Read the rest of the article here.