In a world that prides itself on self-indulgence and the so-called ability to lift ourselves to new heights, we would do well to remember a short message from the apostle Paul. Speaking to the philosophers at the Aeropagus in Acts 17:24-28 told his listeners:

The God who made the world and everything in it, being Lord of heaven and earth, does not live in temples made by man, nor is He served by human hands, as though He needed anything, since He himself gives to all mankind life and breath and everything. And He made from one man every nation of mankind to live on all the face of the earth, having determined allotted periods and the boundaries of their dwelling place, that they should seek God, and perhaps feel their way toward Him and find Him. Yet he is actually not far from each one of us, for in Him we live and move and have our being.”

Oh Father, may you reawaken the first love we had for Christ when we were rescued from the pit of hell and from having to undergo Your wrath. May our hearts be overwhelmed with Jesus Christ so that there is nothing that will ever be first above Him.

Christ does not want prominence (first among many), He demands that preeminence. He must be the first and only one we worship.

A few thoughts to consider for the thoughtful reader of DefCon –

1. Ok, for those who think to the contrary of the Bible, I would like to call your bluff in no uncertain terms. Please provide indisputable PROOF from the scientific and medical communities that people are born transgender or as homosexuals or lesbians, etc. THEORIES or PRESUPPOSITIONS based on psychology does not count. It must be based on DNA, genetics, things that can be proven in a lab or research facility. 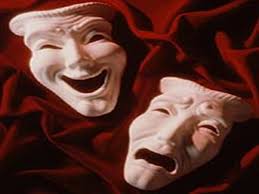 2. For those who think that God “MADE” a mistake when He made you, I would encourage you to read the truth of Scriptures. The same holds true to any who think that ALL or ANY sexual activity outside the bounds of marriage between one man and one woman is acceptable. John 3:36 makes it clear as to God’s perspective on those who willfully abide in their sin and abomination. “He that believes on the Son has everlasting life: and he that believes not the Son will not see life; but the wrath of God abides on him.” Those who are children of God will obey the commands of Scripture, but those who choose their own paths are clearly bent on destruction AND the wrath of God does abide on them until salvation takes place. The bottom line is that God does NOT make mistakes and He does not create that which would contradict the principles and truths found in His Word (the Holy Scriptures).

3. I share with those who read that there is no hatred for any who live in a lifestyle that is contrary to God. It is NOT up to me to bring condemnation of eternal punishment. If I am to follow the truth of Scripture, I must learn to 1) love God with all my heart, soul, and mind, and the 2) is to love my neighbor as myself. However, it is NOT loving if I fail to warn you that there is a high price to pay one day for choosing a path or lifestyle that is in contradiction to the character of the Holy God. Some who read might PRESUME upon my character and belief that I hate you and others who do not live like I do. That is unfounded and is based purely on the speculation of how you THINK others should believe and how you THINK others should allow you to practice with no lack of tolerance apart from intolerance towards “bigots” and “hate-mongers” like me. I look forward to seeing your “PROOF.”

4. So, just to clarify, a person can HATE the actions of those who choose to pray aloud to God in school or a public place but that person probably would say nothing if it was a Muslim student doing it. Further, you can hate prayer and find it an affront or grievance to you, but you would have NO problem fully endorsing that same person’s right to speak if they choose to spew filthy, vulgar language or even speak aloud of his or her ability to practice deviant lifestyles. Absolutely amazing! So, you can HATE as long as you get your way, but if I HATE that which is contrary to the Scriptures, I am condemned as a bigot and I am judging others. So, exactly, how does this logic work again???

5. The problem is that the world is trying to dictate new standards of morality based on what suits the depravity of the human heart. You cannot have morals without the God who gave and created the morals to begin with. It is the same God who created one man and one woman and instituted marriage between those two. The reality is that the LGBT agenda is an abomination before God and will always be so. Sadly, a small very vocal minority are trying to bully the world into accepting perverted lifestyles. By the way, Disney has long sought to subtly and now openly promote the homosexual agenda. The homosexual agenda will never be content with “marriage” between two of the same sex. They are after our children. We are headed the way of Rome and will be brought to our knees just as Rome was for her wickedness.

6. By the way, if homosexuality or lesbianism is “normal” and supposedly created by God, why in each relationship do you have one that acts the part of a male and one a female? God created one man and one woman and commanded them to multiply and fill the earth. Interesting that God did not give the ability to procreate between two men or two women, and biology and science cannot change that. Notice I did not mention “gay” sex. I spoke of the irony of how in any relationship between two men, one will seek to be effeminate (or the wife), while with two lesbians, one will seek to dominate and play a masculine role.

7. God states that ALL AND ANY sex outside of marriage between one man and one woman is an abomination before Him. God also tells us that the hearts of ALL men and women are evil. Romans 3 states that there is nobody who is good, not even one. They have all gone out of the way in their depravity. There does not need to be any additional verses regarding a person who thinks they were born in the wrong type of body. To hold to this is ultimately stating that God makes mistakes. Further, the Bible is clear that it is not a particular sin that will send people to hell, but the one of unbelief. Belief in God resulting in salvation only comes when a person repents and confesses their sin to God and then places their faith in Christ alone for their salvation. That belief then is followed by a willing obedience to the commands of Christ.

8. Despite the fact that many will studiously avoid my thoughts and questions, I will share that God commands all men to repent. The need for repentance is not dependent on one’s choice of sex or lifestyle. It is based solely on the fact that man is separated by his very nature from a holy God. What would God say to a transgender person? He tells them to repent and that today is the day of salvation for all who come in faith in Jesus Christ. The transgender equality issue is one that seeks to erode what God has created. To force those choices upon the general public, particularly within the education system, is foolishness and stupidity at best, and at worst, only further undermines the differences between male and female as created by God.