This morning as many go to worship collectively, many will worship what they do not know. They will attempt to worship with hearts of stone and not with new hearts given by God at the moment of salvation.

The Bible is clear that all are sinners, and that only those who come to Christ alone by grace through faith alone will be granted eternal life.

Today, heed the words of this beautiful hymn and “Come, O Sinner, Come!” If you have been redeemed, then rejoice that you came and your name is in the Lamb’s Book of Life.

This may seem like a strange title, but after my comments on an article that I read this week on FoxNews, I think you will see the dilemma I am in.

However, before I continue with my comments on the article, I want to say that there are many who will take umbrage and be offended at what I will say here today. You see, we have become a nation of wishy-washy, whatever-floats-your-boat, don’t-offend-anybody, and don’t-judge-me church goers. Sadly, the transition was so gradual that most people never even noticed the shift.

There was a time that you would walk through an airport and knew exactly who the followers of Sun Myung Moon (also known as Moonies or members of the Unification Church) were and what they were trying to peddle. For those who have not looked recently, they are still around (normally older couples though) but they no longer wear their hair long in a braid. They do not have a shaved head, nor do they wear saffron-colored robes. Today, they are very much a modern organization that is still looking to attract followers to its mantra of global peace, defense of religious organizations, and extravagant marriage ceremonies around the world. 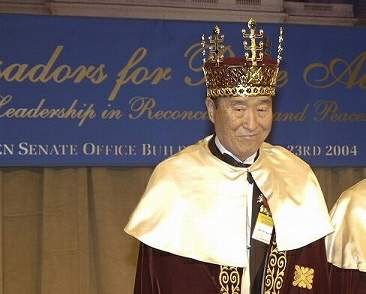 END_OF_DOCUMENT_TOKEN_TO_BE_REPLACED

A recent article by the Huffington Post is doing its part to undermine the truth of Scripture. Entitled, “The Gender You Associate to God May Indicate How You Feel About Gay Marriage.”

The truth is that we have no right to assign a gender to God. He is God and the Father of our Lord Jesus Christ, who was equally God and equally man. If one wrongly assumes that God may be a woman to pacify the liberal and LGBT communities, then we have to wonder how long it will be before somebody rewrites the Bible to show that Jesus was actually a woman. You can take every page of Scripture and rewrite it to satisfy the lusts of the world, but it will never become truth. EVER! 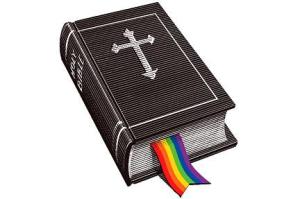 Read the differences between what leaders within major world religions have to say versus what God says.

Desmond Tutu, Anglican Archbishop Emeritus of South Africa – “I would not worship a God who is homophobic and that is how deeply I feel about this. I would refuse to go to a homophobic heaven. No, I would say sorry, I mean I would much rather go to the other place.”

Francis, Pope of the Roman Catholic Church – “Who am I to judge a gay person of goodwill who seeks the Lord? You can’t marginalize these people.”

Laura Geller, Jewish Rabbi – “Now I can invoke the power vested in me by the State of California and declare them married in accordance with the laws of the State of California and our Jewish faith. Now we are so much closer to the truth of their experience: a gay or lesbian Jewish wedding, like a Jewish heterosexual wedding, is a Jewish wedding pure and simple, the inheritance of every loving Jewish couple.”

Dalai Lama – Head Monk of Tibetan Buddhism – “If someone comes to me and asks whether it is okay or not, I will first ask if you have some religious vows to uphold. Then my next question is, What is your companion’s opinion? If you both agree, then I think I would say, if two males or two females voluntarily agree to have mutual satisfaction without further implication of harming others, then it is okay.”

Rev. Jesse Jackson – Religion of Civil Rights – Supports gay marriage and would perform a marriage of gay couples “if I was asked to.”

Justin Welby, Archbishop of Canterbury, Anglican Church – “I mean I know plenty of gay couples whose relationships are an example to plenty of other people and that’s something that’s very important, I’m not saying that gay relationships are in some way, you know that the love that there is less than the love there is between straight couples, that would be a completely absurd thing to say.”

Well, that should be enough to show the apostasy and the lack of Biblical truth within every one of these religions. Now, what does God say about LGBT issues. Here are a few thoughts from GotQuestions.org. 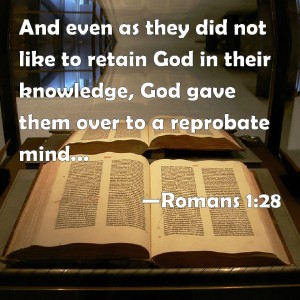 “In summary, Romans 1:18-31 deals with the fact that God has innately made Himself known to humanity, but He has been rejected and replaced by other objects of worship. Because of this, God has delivered two judgments: one of homosexual behavior and another of an immoral mind, each of which demonstrates His ‘abandonment’ wrath toward humanity’s rebellion.”

The truth is that ALL those who willfully remain in their sin stand condemned before God. It does not matter what kind of sin – homosexuality, lying, murder, lesbianism, cheating, pedophilia, hating, idolatry, bestiality. What matters is how far each person is from a holy, righteous God. When God saves the sinner, He CHANGES them and makes them a brand new creation in Christ. If you are a true believer, you will NOT go back with pleasure to your sin. To say God saved you to continue in your sin is to grossly misunderstand the Scriptures.

The gospel cannot be made any clearer than this. This is the message that is simple and free to all who will come and plead for mercy at the feet of a holy, righteous God.